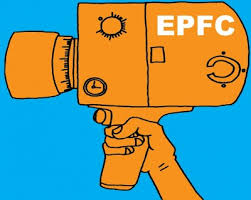 To mark the anniversary of Occupy LA, we present an open screening of films and videos about the movement as a conduit for community discussion and debate. Films will include Arpan Roy’s Raid Night: Counternarratives From Arrested Activists At Occupy Los Angeles; Occupy Los Angeles: October 1st -- November 28th, 2011, a 16mm film by Sean Batton and Kelsey Brain comprising footage of Occupy Los Angeles's two-month encampment at City Hall; and Occupy Los Angeles by EPFC student Clara Polito. We invite you to add your work and your voice to the exchange. FREE EVENT!

Saturday, October 6 – SEX, WAR, AND WATERMELONS: ROBERT NELSON TRIBUTE SCREENING #3 – 8 PM
A third in a series of tribute screenings to the late, great Robert Nelson, presented by Mark Toscano and the Echo Park Film Center. Renowned for their exuberance and inventive cinematic wit, Robert Nelson’s films established him as a leading member of the West Coast avant-garde and post-Beat culture of the ‘60s and ‘70s. This program will include the controversial classic Oh Dem Watermelons, along with a few other rarely seen works from the 60’s, including Oily Peloso the Pumph Man, Confessions of a Black Mother Succuba, and War is Hell. All works screened on 16mm.

Friday, October 12 – CINEKINK – 7:30 & 9:10 PM
CineKink is an annual film festival and national screening tour that celebrates and explores the wide diversity of sexuality. Presented by CineKink, an organization dedicated to the recognition and encouragement of sex-positive and kink-friendly depictions in film and television, works showcased by the festival range from documentary to drama, spicy to explicit—and everything in between! Screening will include: 7:30 KINK & KINSHIP, a collection of works that celebrate and explore the special sense of community that kinks tend to engender. 9:10 CABARET DESIRE Set against a sumptuous Barcelona backdrop, at a bohemian gathering where readings, dance and music create a sensual vibe, Cabaret Desire weaves together four erotic tales of intimacy, love, passion and sex. http://cinekink.com/programs-and-events/tour/los-angeles/

Thursday, October 18 – FLORIAN CRAMER PRESENTS WORK FROM WORM.FILMWERKPLAATS – 8 PM
In more than a decade, the film work space at WORM, Rotterdam, The Netherlands, has become one of Europe's leading DIY film labs and production space for non-narrative (and sometimes also narrative) film. It is a vital part of a large international network of DIY labs and micro cinemas. Florian Cramer from Rotterdam has brought along a selection of 8 and 16mm films from WORM.filmwerkplaats and will introduce them to the audience. These films were made with intricate analog laboratory processes and printing techniques. Many of them are lyrical, many of them oscillate between nature and cityscapes,
abstract and concrete imagery. In stark contrast, the 45 min. film Ctrl-Alt-Esc from Rotterdam is an adults-only exploitation movie featuring Joep van Lieshout as maniac artist/serial killer Bokito and, most importantly, the building of WORM.

Saturday, October 20 – MOVIES & TV BY MARK TOSCANO AND LORI FELKER – 8 PM
Mark Toscano and Lori Felker are two makers who are very serious about exploring the un-serious. This program brings together recent TV-shaped videos by Felker and a whole slew of 16mm films by Toscano. Lori Felker is a film/videomaker, programmer, projectionist, performer and collaborator. Her work employs multiple formats, styles, and structures, all attempting to make sense of the simultaneous simplicity and chaos of humanity. She is enamored with awkwardness, ineloquence, frustration, searching, trying and failing (or falling) and considers herself an "experiential" filmmaker. www.FelkerCommaLori.com, variablearea.tv. Mark Toscano is an archivist and filmmaker, though not necessarily in that order. Program: Videos by Lori Felker: It Doesn’t Matter (2012), Broken New (Disaster) (2012, with Chris Royalty), Broken New (Drama) (2012, with Chris Royalty), Broken New (Conspiracy) (2012, with Chris Royalty) / 16mm films by Mark Toscano: The Electrolysis of Brine (2008), February 2008 & June 1967 (2010), Finding the Horn (2008), The Wofobs (2008), WDD / CHL (2009), Rating Dogs on a Scale of 1 to 10 (2011), Demonstration (2012), Process of Elimination (2012), Releasing Human Energies (2012).

Thursday, October 25 –LA AIR / JOEP BROUWER & MAURICE de BRUIJNE – 8 PM
LA AIR is a new artist-in-residence program that invites Los Angeles filmmakers to utilize EPFC resources in creating a new work over a four-week period. This month, our artists are Joep Brouwer and Maurice de Bruijne, students at the Willem de Kooning Academy in Rotterdam who are in the midst of a three-month internship at EPFC. Joep’s project will focus on “exploring and capturing parts of daily life. The interaction and disconnection between people in search of happiness, wellness, love and fulfillment.” Maurice will be working with the concept of the Flywheel as defined by Wikipedia: “Flywheels are often used to provide continuous energy in systems where the energy source is not continuous. In such cases, the flywheel stores energy when torque is applied to the energy source and it releases stored energy when the energy source is not applying torque to it.”

Saturday, October 27 – DANNY GARCIA’S COLLEGE FILM SLAM – 8 PM
Are you a College Student? Are you an Artist/Filmmaker? Do you want to opportunity to show your Work? If you've said yes to all of the above, bring your movies to this event! Max. time: 10 mins. Formats: Digital, DVD, Super 8, 16mm, DV/HDV tape, VHS tape, Blu Ray, QT file. Presenting filmmakers get in free!

Friday – Sunday, October 5 – 7: FILMMOBILE AT THE LONE PINE FILM FESTIVAL
Howdy Pardners! The Filmmobile will be doing a whole slew of free community film workshops and screenings as part of the 23rd Annual Lone Pine Film Festival in lovely Lone Pine, CA. Look for the big blue bus in front of the Metabolic Studio IOU Garden on Main Street. Fun for the whole family! For more festival information go to http://www.lonepinefilmfestival.org/

Saturday, October 20 – FILMMOBILE & GHOULA PRESENTS HAUNTED FILMS IN HAUNTED PLACES
Join us for a scary Saturday as the Filmmobile teams up again with GHOULA to present Haunted Films In Haunted Places. Tonight we present the B Movie Classic Tormented (1960) in a very special haunted location. Ghost Hunters Of Urban Los Angeles (GHOULA) is a social club dedicated to the preservation of greater Los Angeles' rich haunted history, and the promotion of this local lore through ghostly gatherings, events, and publications. FREE! Call or email for location details. More info: http://ghoula.blogspot.com/ For event location, follow us on Twitter @EPFCFilmmobile or check the Filmmobile Facebook 24 hours prior to showtime.

Sunday, October 28 – FILMMOBILE & GHOULA PRESENTS HAUNTED FILMS IN HAUNTED PLACES
Join us for a spooky Sunday as the Filmmobile teams up again with GHOULA to present Haunted Films In Haunted Places. Tonight we present a Hallowe’en classic in a very special haunted location. Ghost Hunters Of Urban Los Angeles (GHOULA) is a social club dedicated to the preservation of greater Los Angeles' rich haunted history, and the promotion of this local lore through ghostly gatherings, events, and publications. FREE! Call or email for location details. More info: http://ghoula.blogspot.com/ For event location, follow us on Twitter @EPFCFilmmobile or check the Filmmobile Facebook 24 hours prior to showtime.