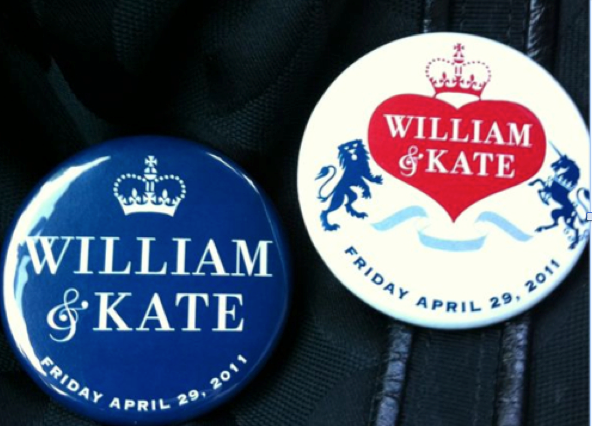 Prince William and his wife, Catherine, will be visiting Los Angeles from July 8 to July 10. Their itinerary is packed with official visits, businesses events to encourage U.K. investment, and, inevitably, a charity polo match. But since they’re in town anyway, we thought we’d suggest some other places we think they would like in our fair city. And some you might like, too. 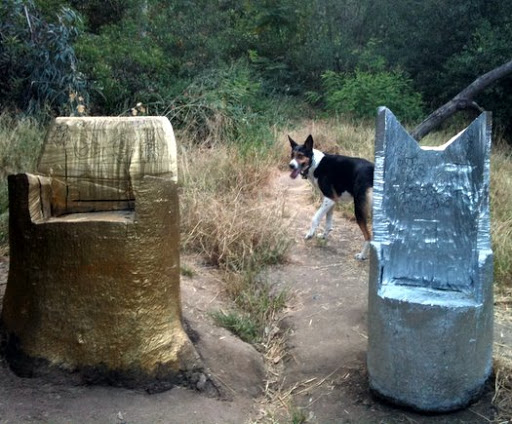 Normally reserved for king and queen of the hipsters, these two refurbished chairs in Echo Park's Elysian Park near the Grace Simons Lodge are ready for the Royal Couple. The EastsideLA posted a pic of these tree trunk chairs created several years ago that were spray painted metallic gold and silver.

But if Kate and Will were coming to Echo Park I would recommend grabbing the "Secret Stairs" guidebook by Charles Fleming, which takes the urban hiker through the history of Los Angeles' oldest neighborhood. From Red Hill where the Communists lived, to Elysian Park around Dodger Stadium and down to Echo Park Avenue for Delilah's Bakery for a treat. It's a real taste of Echo Park.


Find more photos like this on Echo Park Online

Actually, the Duke and Duchess will be coming to Culver City on the last day of their visit--the Royal Itinerary will include a visit to a job fair for veterans at Sony. As William serves as President of the British Academy of Film and Television, such a visit to Culver City is highly appropriate. But as long as the couple is in our city, I’d like to suggest they visit: 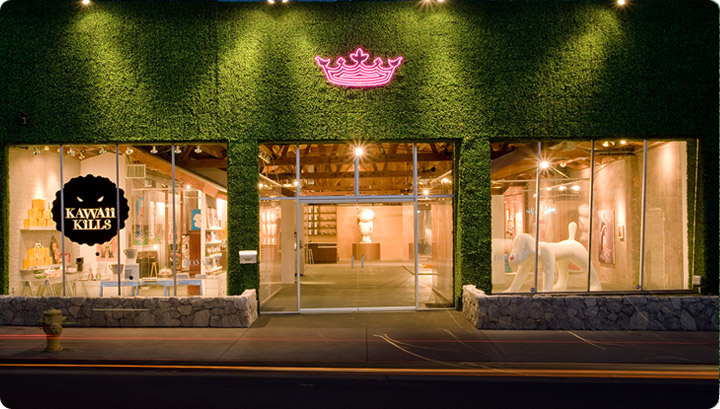 For a little touch of home with an arty Culver City twist, the Royal Couple should visit the Royal/T. They can enjoy a High Tea (I recommend the Royal Milk Tea), which comes complete with lovely finger sandwiches and pastries. Because Royal/T is also an exhibition space, they can now also take in the eclectic show curated by New York artist KAWS featuring the work of more than 25 contemporary artists including Olaf Breuning and Takashi Murakami. 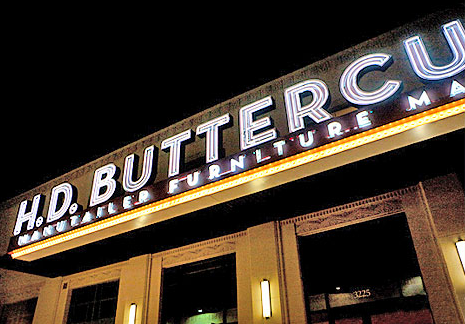 As newlyweds, William and Catherine are going to want some cool furnishings for their new house, right? Well, H.D. Buttercup, located in the Helms Bakery District is just the ticket. (If they are able to slip away for a burger and sweet potato fries at My Father’s Office, all the better). At H.D. Buttercup, they’ll be able to mix and match from a wide selection of furniture, fine linens, lighting, rugs, artwork, and home accents. And they’ll be visiting just in time for the store’s half-yearly sale where everything in the entire store is 20 to 70 percent off. Man are they lucky. Finally, at the end of a long day, William and Catherine should head west to Waterloo & City. Named for the London Underground railway line, the restaurant prides itself on being a traditional British gastropub. Their late night menu features a wide and changing variety of charcuterie, or the couple could just sit back with a “Dark & Stormy,” Goslings rum and ginger beer, and soak up the Culver City friendly.


Although not currently on the Royal Couple's itinerary, Rancho Park's central location makes it a great West LA pitstop as the peripatetic pair make their way to and from Hancock Park, downtown LA, Culver City and Santa Barbara. Plus, we've got some great attractions and conveniences that they won't want to miss. 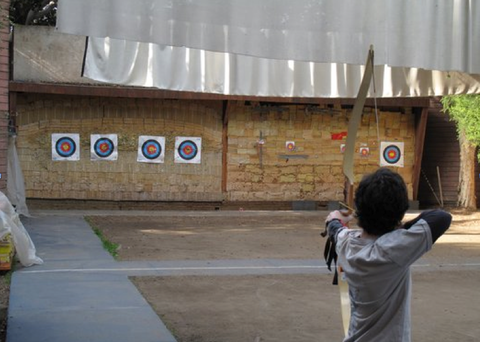 Polo scmolo. If you're looking for a royal sport, it is archery that hits the bulls-eye. Although several English kings met their demise at the point of an artfully shot arrow, (including one King William II who is believed to have been killed at the behest of his younger brother Henry), the game was so encouraged by some monarchs that they are said to have banned playing football, cricket and golf as these sports interfered with archery practice. Henry VIII, reportedly the best archer in England, so loved the pastime he decreed that every English male keep a longbow in his home. 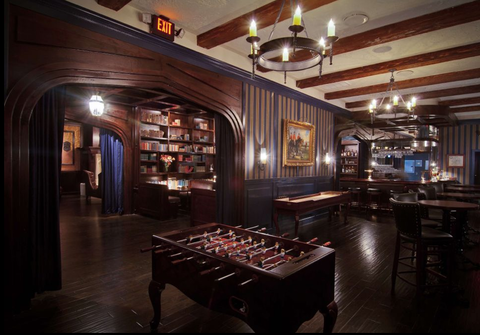 If William and Kate find themselves longing for a classic drink as stiff as the famous British upper lip, they should head to the Wellesbourne on Pico Blvd near Westwood Blvd. There they can toast their good luck at finding a place that serves up old-English cocktails in a setting that looks like a home away from home for Brits, with an English-style game room, library and sitting room. But don't let the mahogany walls lined with books fool you, this new Rancho Park bar, which stays open until 2:00 a.m., is just the sort of hip-happening spot that should remind Will and Kate of their London club outings. The Wellesbourne is located at 10929 W. Pico Blvd. 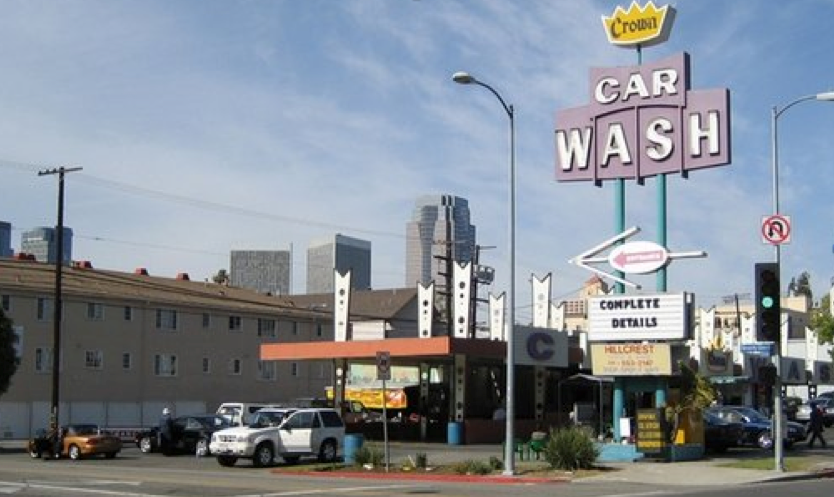 Since they certainly are doing a lot of driving, and will no doubt be accompanied by a large convoy of cars, the whole entourage would do well to make a stop at Rancho Park's Crown Carwash, where everyone gets the royal treatment. Conveniently located at the northeast corner of Pico Blvd. and Beverly Glen, this Rancho Park gem will have the regal retinue can get cleaned, buffed and polished in no time. The Crown Car Wash is at 10399 W Pico Blvd.

4. Hanna and Her Sisters Nail Salon

And speaking of buffed and polished, after reading this breaking news story on the Princess' penchant for short, nude nails, I highly recommend a visit to Hanna and Her Sisters nail salon. Hanna (and her sisters) will charm the Duchess of Cambridge with their warm and welcoming personalities (their phone number is actually 475-NICE) and impress her with their selection of neutral nail polish hues and their expertise in all manicure-related manners. Hanna and Her Sisters nail salon is located at 2265 Westwood Blvd., Ste C.

If they miss reading the British tabloids, which are both making and breaking news these days, Rancho Park features two great newsstands with international papers and magazines. Marck's Westwood Newsstand is just north of Pico Blvd. at 2371 Westwood Blvd. Century World News is on the corner of Pico and Parnell at 10597 1/2 W Pico Blvd.

As the beloved figureheads of one country, Kate and William should travel around Los Angeles and visit some of the inspiring homages to U.S. President Barak Obama, the most cherished president since Kennedy.


Find more photos like this on Leimert Park Beat

In the past few years these portraits have sprung all over the city, from a pet shop showing the commander in chief holding turtles near Rancho Park to his likeness on the torso of Superman.

But nowhere is the love greater than the working class neighborhoods of South Los Angeles, where's Obama's visage is displayed with simple dignity on the side of a clothing store on Marting Luther King Boulevard and a bank on Figueroa.

For the new sound of West Coast hiphop that sweeping the world's music scene, crossing all boundaries it's KAOS Network, home of Project Blowed and the vibes that emanate from the icon white fountain of Leimert Park Village.

This incubator of the hip hop art form is on its latest generation of all stars - Odd Future Wolf Gang Kill Them All, Kyle VerBS, Dom Kennedy.

The established - Aceyalone and Medusa. And the classic - The People's Arkestra and Cut Chemist.