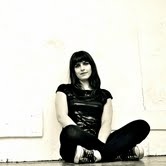 Leah became a fixture in the downtown New York music scene, playing regularly with Blarvuster, Anthony Braxton, as well as guesting with TV on the Radio, the Dirty Projectors, and Milagres.  Her pop band, The Bridesmaids has been written about in Time Out NY, The Big Takeover, and featured in Venuszine.  Since moving to Los Angeles in July 2011, Leah has immersed herself in LA’s new music scene, performing with Tim Young, Corey Fogel, as well as composing music for film and television.