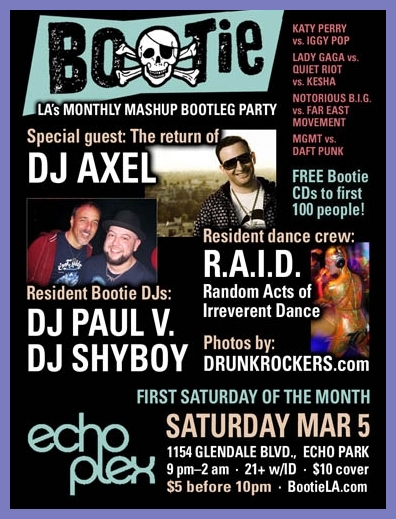 Bootie LA presents the return of LA's own DJ Axel.
While playing with live breakbeat and drum & bass bands in London and San Francisco, Axel picked up the art of DJing, and after moving to Los Angeles, released a 15-track mashup album called "Breakin' The Law." The album is available in over 100 stores and recently went "street platinum," defined by Billboard as sales of over 10,000 units of an unlicensed mixtape. Axel's original songs and remixes have appeared in films and soundtracks such as "17 Again" and "Two Lovers."

Also on the decks will be Bootie's resident DJs Paul V. and Shyboy, who will be throwing down all your favorite and soon-to-be-favorite mashups for your dancing pleasure. For the Midnight Mashup Show, dance crew R.A.I.D. (Random Acts of Irreverent Dance) will don their trademark gold suits to hit the stage with another one of their fierce, show-stopping dance performances!
__________________________________________________ 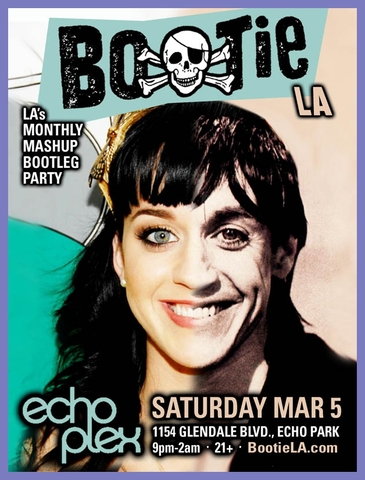