Swimming Strokes the Strokes Away 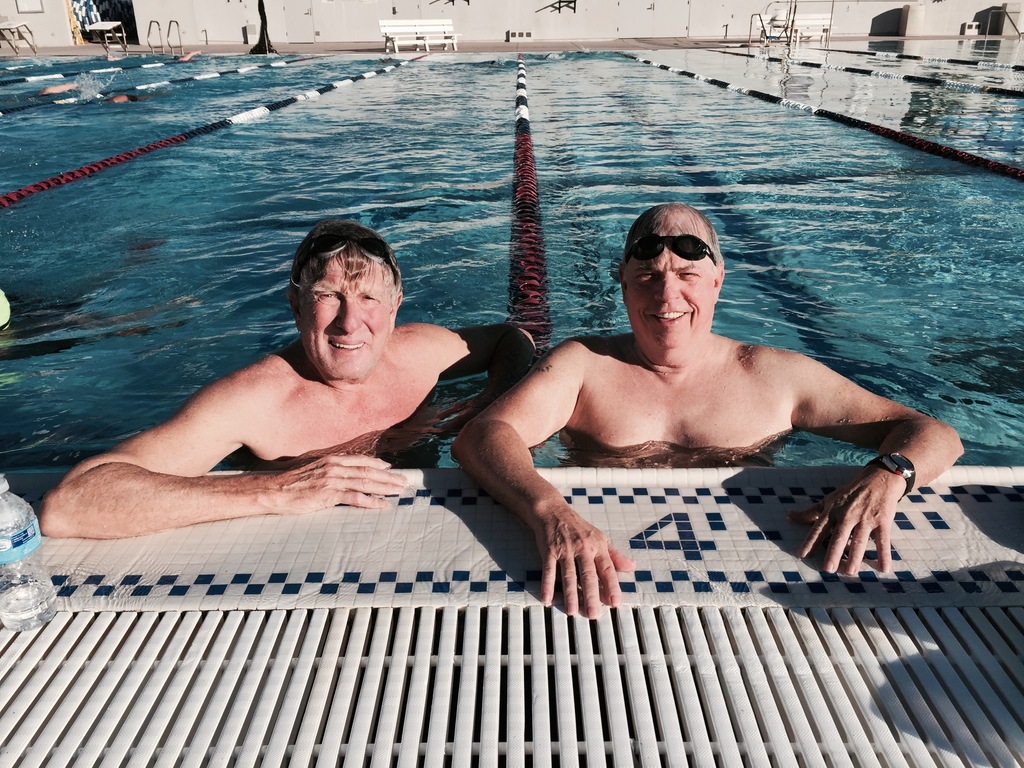 State University of New York says swimmers have lower heart rates compared to those of non-swimmers.  Swimming was also found to be a viable workout for people in cardiac rehabilitation and recovering from heart failure or artery disease.  In fact, churning it up in the water is impact-free and is good for everything: obesity, bad backs, hips and your heart.

One swimmer, Jerome Smith, 71, can certainly attest to that. He suffered a heart attack in 2009, and though he could “barely make it across the pool,” he attended practices with Southern California Aquatics Club (SCAQ) 3-4 times per week.

SCAQ is an adult swim club that offers workouts for every skill level, even if you can’t swim.  Practices are held at nine different locations in the Los Angeles area.

Smith said he would recommend swimming to anyone with a heart condition.

“It’s the best exercise in the world. I notice clearly the blood pumping through my system after a workout.”

According to SCAQ swimmer and cardiologist Robert Merz, who works at Pacific Heart Institute, coronary disease is the leading cause of death in the U.S. Regular aerobic exercise is a big step towards prevention, as well as a healthful diet and abstaining from smoking. Merz said swimming is an exercise people can continue into mid-adulthood and beyond, unlike injury-prone sports such as football and basketball.  It is also an alternative for those who have joint problems from other activities such as jogging or riding a bike.

Lewis Carter, 77, is another who reaped the health benefits of swimming at a later age. Three years ago, he started having heart problems, but that hasn’t stopped him from practicing with SCAQ.

“It makes me feel visible in nature, and like I belong here,” he said. “It makes my whole body feel good.”

So find a SCAQ workout at Echo Park Plunge and eight other area pools at: http://www.swim.net/scaq.cfm and sign up for a free trial!   You find a spot for your speed between the Olympians and beginners.